A recent study from Ohio State University showed that creativity isn’t just for the young. The second peak of creativity can come in people’s 50s. This renaissance can be attributed to many factors. Is it the wealth of experience? Is it more free time and resources? Paul Barter was on CBC Radio on April 29 to talk about this phenomenon and how it impacts entrepreneurship.

Listen to the segment here: 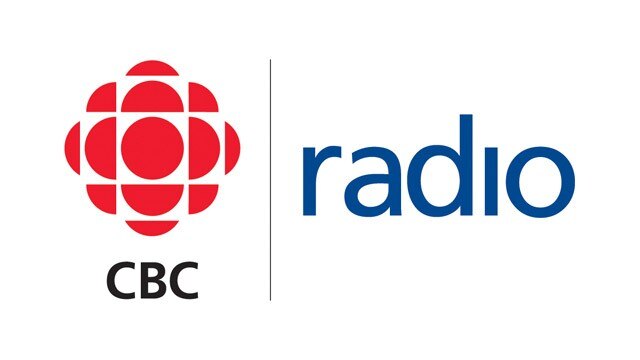 Wei Chen: A new US Study has some interesting findings on that elusive question of creativity. Who has it? What form it takes? And why?

Researchers at the University of Ohio studied Nobel laureates and found people are most energetically creativity when they are young but there is a second blossoming when we are in our late-50s. For more on the study and its wider implications we are joined by Paul Barter. He is an innovation consultant and an adjunct professor at the Schulich School of Business at York University.

WC: For the sake of our discussion, could you just give us a thumbnail; a brief recap of the major findings.

PB: Sure, the researchers found that there’s two blossoms of creativity as you mentioned. One of them happens, as you might think, when we’re young; when we’re in our mid-to-late-20s. Those people are what we call conceptual thinkers. They think outside the box, because they’re not put in a box yet. They’re not as immersed in the accepted theories, if you would, they’re kind of innovative. Sometimes a little bit naive, but that’s a good thing. And they tend to be creative and innovative about the big problems in the world.

But the surprising findings were that we have a second blooming of creativity in the mid-to-late-50s and those folks are really building on their experience. They’re what we call experimental thinkers. They have the accumulated knowledge of life and they tend to combine some of the things they’ve learned into innovative new products, services and art later in life.

WC: Interesting. So the younger folks are those that think outside the box. They’re not yet cynical. [laughs] But as we get older and we get more cynical we can still be creative?

PB: As we get older we get told more and more, and we tend to believe, the people who say that we can’t do that. Young people just don’t know that they can’t do it yet so sometimes they just go and do it.

WC: So what did you make of these findings?

PB: It’s exactly what I see in my research and the work I do. About half my time, I spend with an incubator in the Greater Toronto Area and of those 87 startups that I work with, I would say about 60% are youthful; in their 20s. But the balance are in that late 40s, 50s phase and they have equally interesting businesses. And actually the older folks are a little more successful financially as entrepreneurs.

WC: So what do you think it is specifically that explains the kinds of ideas that come from young people versus older ones. Is it just that they’re willing to take more risks or that they’re just not more afraid?

PB: I think that they’ve finished their formal education and they are excited about the world. They see the challenges of the world and they see opportunities to solve those challenges. They have high levels of energy and the naivety that I mentioned before is a good thing in this case. They just don’t know what they can’t do so they go off to change the world.

WC: Now could there be a downside to that though in terms of bad decisions? Because they don’t have the life experience and they want to go for something. But it’s something that’s not really plausible.

PB: Absolutely. And we see a lot of that but one of the general rules of thumb in the startup world, we talk about getting your product or service to market quickly. But if it doesn’t resonate with customers then change. We call that pivoting, you pivot your idea. When you try something and it doesn’t work then change, change and change.

Many of these organizations fail two or three times before they’re successful and that’s true in the arts as well. We see many young people that try something in art or music or theatre and their first few things aren’t successful but they eventually get it right often.

WC: When you talk about pivoting and having to change sometimes, older people are often described as those who can’t do that. But this obviously shows that we can.

PB: Yes, it’s absolutely the case that we can and we have that accumulated experience. In the academic world we talk about innovation as new combinations of things. So this idea of an older Steve Jobs saw this technology called touch screens and he thought well I can combine that with telephones and computers and create the iPhone. And he had that accumulated experience to see the opportunity where other people might not have.

WC: Interesting. I wonder too, whether this explains why sometimes people have a radical career change in their 50s. We would have written it off to some sort of mid-life crisis in the past but maybe they get this burst of creativity where they have this desire to do something different.

PB: I think that’s absolutely part of the case and also sometimes we have the resources and the time that comes back to us. Maybe our families are grown up and we have some financial resources and we go to our passion later in life as opposed to just getting a paycheque.

WC: Well, it is very interesting, Paul. Thank you for sharing your time with us this morning.

That is Paul Barter. He is an innovation expert, an adjunct professor at the Schulich School of Business at York University in Toronto.